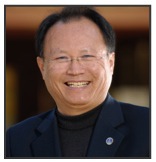 “The Great Commission is not given to any particular ethnic church, but to all the churches on earth. We are integral parts of one body who have different and unique gifts. We must work together in partnership as the founding members of the Asia Missions Association dreamed and endeavored.”

In 1971, Dr. David J. Cho made several trips to various Asian countries, discussing the possibility of calling an All-Asia Missions Consultation. This proposal was warmly received and the Consultation was held in Seoul, South Korea in August, 1973. As a result of the Consultation, the Asia Missions Association was formed in August 1975. It consisted of 14 Asian nations: Bangladesh, Cambodia, Brunei, Hong Kong, India, Indonesia, Japan, Korea, Pakistan, Philippines, Singapore, Taiwan, Thailand, and Vietnam.

The Asia Missions Association has hosted a Triennial All Asian Missionary Conference in different countries in Asia since its All-Asia Mission Consultation in Seoul. Each conference ended with resolutions and action plans that have contributed to the unification of Asian Churches and Mission Agencies for the advancement of the Gospel. The year 2013 marked the 40th anniversary of the AMA and 11th AMA Triennial Convention was held in Inchon, South Korea, where it all started. The most recent convention was hosted by the Philippines Missions Association in Manila, Philippines, in 2016, and the next convention will be held in Chiang Mai, Thailand, in 2019.