EDITORIAL: MISSION CHALLENGES PAST AND PRESENT

“Missiology is the area of practical theology that investigate the mandate, message, and mission of the Christian church, especially the nature of missionary work.” Christians who are commissioned to implement Christ’s Great Commission must understand not only the message of the gospel they preach, but also the environment the message is to be preached and how they have engaged in the missionary work. King Solomon wrote: “All who are prudent act with knowledge. . ..” (Prov. 13:16). He also wrote: “Desire without knowledge is not good, how much more will hasty feet miss the way.” (Prov. 19:2)…[read more]

Missionary work has always had its fair share of problems, and so this article covers the application of general problem-solving skills in missions and draws on my 25 years experience relating to technology in missions and a decade prior to that of more general missions experience.
The article’s focus is not so much on prayer, worship, bible-reading and spiritual warfare; though they certainly must be part of the solution, since I am sure they are covered excellently elsewhere. Neither will I cover analysis tools, critical thinking, the lateral thinking and problem-solving techniques of general business literature…[read more]

RITUAL AS WORSHIP: TOWARDS AUTHENTIC CHRISTIAN WORSHIP IN ASIA

Worship in Asia should not be tied to assumptions and values, imposed from the outside. Rather Christian worship in Asia should utilize rituals intended to ensure meaningful worship empowered by the Holy Spirit who enables people to be who God created them to be in the pluralist contexts Asian Christians find themselves. Beyond worship, the principles presented here also pertain to developing biblical theologies that reflect local expressions of relevance—people living a full and meaningful life…[read more] 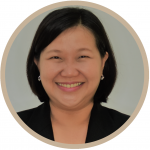 MATTEO RICCI: AN ITALIAN JESUIT PRIEST WITH A HEART FOR THE ORIENT

Matteo Ricci was born on October 16, 1552 in Macerata, Italy just a few months before the death of Francis Xavier. He joined the Society of Jesus on August 15, 1571. He became burdened for mission in the Orient under the influence of Alessadro Valignani. This burden grew into love and service for the Chinese people as he continued to live among them and learn their language and culture. He devoted his life and service in China from 1583—1610. Ricci’s ministry was full of controversies as he used accommodation method instead of the then accepted tabula rasa of other Catholic orders…[read more] 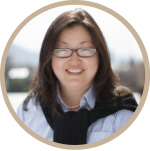 FILLING THE GAP: EARLY MODERN REFORMED MISSIONS BEFORE THE 1800s

Contributions made by the Reformed Church are inconsistently portrayed in missions history. Historical researches on Reformed accomplishments concerning missions are either sparsely available or non-existent before the 1800s. Instead, there is a time gap between the Protestant Reformation to the arrival of the Moravians and the German Pietists from the University of Halle. This is gravely unfortunate. It leaves out a wealth of missional works accomplished by missionaries and prominent theologians in the Reformed tradition…[read more] 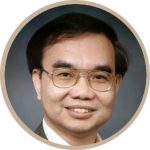 The Korean missionaries started coming to the Philippines as early as late 70’s. They came with enthusiastic hearts to evangelize, plant churches and train pastors and missionaries. I give thanks to God for the sacrificial labors and generous investments that Korean churches, mission agencies and missionaries have made in advancing the Great Commission in the Philippines in more than thirty years. All through these years since 1980 until the three years (2011-2014) when I served as National Director of Phil. Missions Association (PMA), I’ve come to appreciate the hard work and sacrificial services of Korean missionaries in our country…[read more]