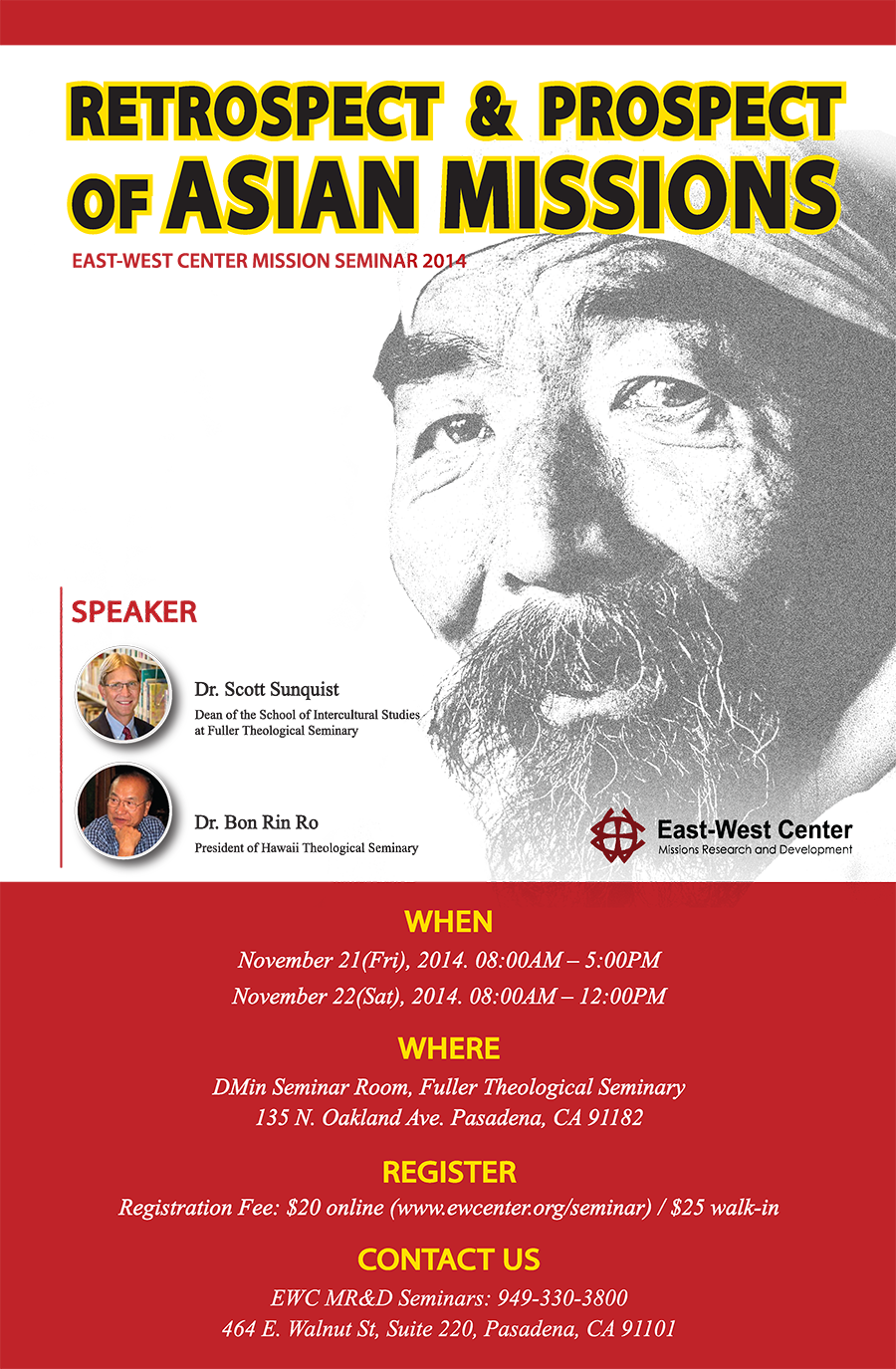 Bong Rin Ro has served with Overseas Missionary Fellowship (OMF) for 30 years: Singapore (1970-74), Taiwan (1975-89); Korea (1990-2000). Bong has taught at different seminaries in these countries. Bong also served as the Executive Secretary of Asia Theological Association (1970-90) and the International Director of the Theological Commission of WEA (1990-96). Since 2000, Bong has taught at Hawaii Theological Seminary (former International College and Graduate School) and Pacific Rim Christian College.