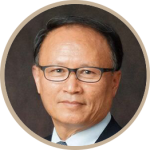 EDITORIAL: With God All Things Are Possible

Our God is a missionary God. He does not leave us alone. He actively works with us. When God calls us for His kingdom ministry, He provides us necessary gifts. If God looks big to us, the world will look small; if you look at the world as big, God will look small. It is true that implementing Christ’s Great Commission is not an easy task, but it is not an impossible task…[read more] 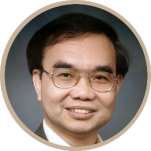 A MISSIOLOGY OF PHILIPPINE ROMAN CATHOLICISM ON OVERCOMING NOMINAL CHRISTIANITY

This article approaches the issue of nominal Christianity (in short, nominalism) as a challenge faced by the Roman Catholic Church (RCC) since Vatican II (1965), particularly in the Philippines. We will show that it is possible to overcome the common failure of almost all Christendom churches in overcoming the static maintenance religiosity of church structures in order to retain the dynamic spirituality of renewal movements (RMs). Through these RMs, each church member (nominal or not) can be discipled to take their faith seriously by maintaining a close communion with God in their daily life. So based on the recent experiences of spiritual renewal within the Philippine Roman Catholicism herself, we can learn how to make effective and strategic interventions that can avoid the nominalism that has infected the spiritual vitality in the culture and vast constituency of Christendom globally….[read more] 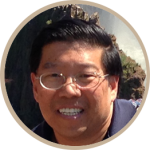 The 20th century has witnessed tremendous progress and transformation through the rapid development of advanced technology and high speed of information expansion and exchange. Due to this progress, the planet earth has been termed by many as a “global village” where its inhabitants are living in such close proximity that it is impossible to carry out the Word of faith and the work of the ministry without a careful consideration of the changed and still changing ministerial context. In fact it can be easily observed that our society has become so increasingly diverse ethnically and racially that a Christian does not necessarily have to “cross the sea” to do missionary work, rather he can carry out the missionary mandate of the Lord right in the local neighborhood if he will “see the cross”…[read more] 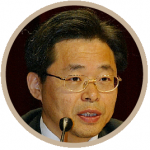 SOCIAL CONFLICT AND IDENTITY CRISIS IN A UNIFIED KOREA

Unification is a ‘clashing’ of different social entities. It is a shocking process that two heterogenic states should be accustomed to the abruptly changed environment. It will also be a tough process that a socially accustomed entity meets with entirely different human community, so that it leads to much conflict in the realms of polity, economy and culture. When it comes to unification on the Korean peninsula, it surely causes much conflict and problem due to the long time seizure of the Korean nation under hostile ideologies of capitalism and communism, though we are not sure when it does. The Confucian cultural tradition is still deeply rooted, and quasi-religious and kind of autistic state have been formed in the North. Therefore, although the two Koreas may achieve a unified country through the mobilization of national sentiment, they shall suffer from a serious conflict and identity crisis in the process of unification….[read more] 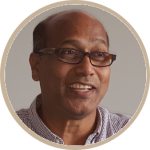 Bengal was the land of Hindus. Islam came to Bengal through the contextualized approach of Sufi Pirs. Later during the Mughols, economic and social privileges like tax exemption was given to the converts to Islam from Hinduism. Islam preached equality in the Hindu society under the challenge of caste system. There was also proselytization and many temples were destroyed and replaced with mosques. Now, there are 90% Muslims in the country, whereas the Christian population is less than 1%…[read more] 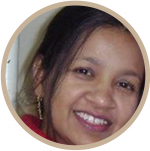 THE STRUGGLE OF JAPANESE CHRISTIANS TO PRACTICE THEIR FAITH (1549-1945)

This paper discusses the impact of Japanese international and domestic politics on the Japanese government’s attitude towards Japanese Christians until the end of the Second World War. It reflects on the Japanese government’s reaction to the West’s politics and its effects on Japanese Christians.
Since the arrival of Christianity in 1549 until the end of the Second World War, both Protestant and Catholic missionaries had a contentious relationship with Japan. In the 16th century they were welcomed because their presence increased Japanese trade with the missionaries’ home countries. In the late 19th and early 20th centuries, Japan reluctantly permitted missionaries to reside and work in the country because the Japanese government desired good trade relations with the Western nations that had predominantly Christian populations…[read more]