“Established under the auspices of Asia Missions Association, EWC envisions to be a catalyst for world mission movement in the 21st century. We aim to develop world-class leaders, produce cutting-edge mission researches and publications and provide forums for discussions and sharing of ideas. We are in partnership with churches, missiological associations, mission structures and theological seminaries.”

President of East-West Center for MRD

The leaders of churches and missions from 14 countries in Asia joined to form the Asia Missions Association. At a consultation in Seoul in 1973, they entrusted the Korea International Mission(KIM) to establish a missions research and training center in Seoul.

Until the year 1999, more than 2,000 missionaries and local pastors received their training at the center. Those who trained came from India, Pakistan, Indonesia, Malaysia, Philippines, Thailand, Singapore, and Hong Kong, as well as from Korea.

In 2004, Dr. Timothy K Park, the new president, started to revive the East-West Center for Missions Research and Development(EWC). Today EWC is doing various programs and ministries such as seminars, forums, missionary care, and publication of bulletins and books. In 2016, EWC will be opening the East-West Center for Intercultural Studies(EWCICS) in Chiang Mai, Thailand, to provide the Master of Arts in Intercultural Studies(MAICS) for missionaries, intercultural workers, and church leaders from the Majority World. 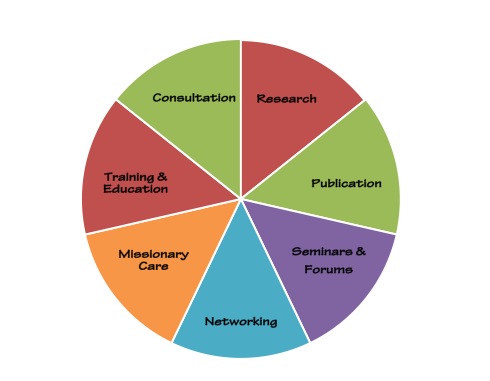