EDITORIAL: Opportunities and Strategies in Missions

God is a missionary God. To restore His rule in the world, God works actively, but he does not work alone. God calls people and works with them and through them (Gen. 12:1; 2 Pet. 2:9) We call the fifth book of the New Testament as ‘The Acts of Apostles’ or ‘The Acts of the Holy Spirit’. The Book of Acts describes the work of the Holy Spirit through the apostles…[read more] 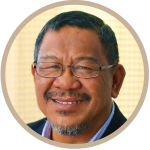 A MISSIONS STRATEGY FOR LOCAL CHURCHES TO THE DIASPORA

If we were to combine all the International migrants, they would constitute a nation larger than the population of Brazil – the fifth largest nation in the world.
How do we see all this through the lenses of global missions and world evangelization? Is the global church prepared for this phenomenological population shift? What strategies do we have in most, if not all points of entry and border doors of our countries?…[read more] 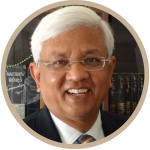 Doing Christian mission in the religiously pluralistic contexts of urban India has always been a challenging and demanding task. Religious plurality has always been an integral part of India and it continues to remain so even today. The land of India has been the birthplace of three major religions, namely, Hinduism, Buddhism and Sikhism, and a breeding ground for many other religions, ideologies and sects. The multi-religious milieu has shaped the landscape, society and culture of India…[read more] 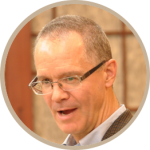 GOD BRINGS MISSIONARIES: MULTIRELIGIOUS IMPLICATIONS FOR THOSE WHO GO, RECEIVE, AND PRAY

God is passionate to fulfill His mission regarding His wayward world. Because of God’s zeal, those of us who participate in God’s mission are also zealous and passionate. Whether we financially support, send out, pray for, mobilize, or go as missionaries, we are compelled to do so with Spirit-empowered passion. God’s mission is characterized by zeal and passion…[read more] 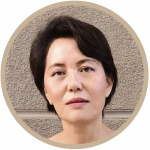 CULTURAL ANTHROPOLOGICAL ASPECTS OF DOING MISSIONS IN THE PHILIPPINES

Culture can be defined in many ways. One way, as Brislin elucidates, can be explained as ‘an identifiable group with shared beliefs and experiences, feelings of worth and value attached to those experiences, and a shared interest in a common historical background.’
In working cross-culturally, it is evident that people who were raised in two different worlds quickly become judgmental toward those from the other culture: missionaries and nationals. Moreover, management practices in an office can become problematic since two groups of people follow different work ethics and hold a different general world view…[read more] 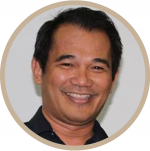 Biblical leadership is servant leadership. There is nothing more inconsistent than to separate the concept of Christian leadership from servanthood vis-a-vis the ministers of God/Christ whether in the OT or in the NT. The Bible clearly portrays leaders as servants?hence, servant leadership. This is made clearer by Jesus himself, who said: “The kings of the Gentiles exercise lordship over them, and those in authority over them are called benefactors. But not so with you. Rather, let the greatest among you become as the youngest, and the leader as one who serves” (Luke 22:25?26)…[read more]