EDITORIAL: Missions in Times of Crisis

History tells us that great mission breakthroughs tend to occur during times of personal, national or global crises. The Pharaoh of Egypt acknowledged the sovereign God who foretold him about the upcoming national and global economic crises through dreams and Joseph’s interpretation of his dreams (Gen. 41). King Nebuchadnezzar of the Babylonian Empire came to know the sovereign God after witnessing God’s deliverance of Shadrach, Meshach and Abednego from the blazing furnace (Dan. 3:13-30). General Naaman of Syria confessed that “there is no God in all the world except in Israel” after he was healed from leprosy (2 Kings 5)…[read more] 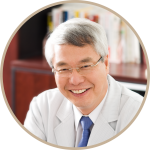 As of the month of April, globally, the estimated total number of confirmed patients of Covid-19 has exceeded 2 million and the death toll has also exceeded 120,000. And we are expecting additional numbers in the coming few months. This is a real catastrophe! The outbreak of an epidemic is not just a biological issue but it has a global and political impact that shakes the world order politically, socially, and culturally. And it also has a profound spiritual meaning in the cosmic and transcendental realm. Like a great earthquake or a tsunami, it breaks down all fragile systems…[read more] 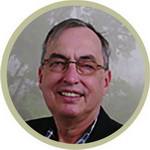 Lately I have been part of numerous discussions about the impact of COVID-19 on urban slums in the developing world. According to the UN-Habitat 2016 report: In our world, one in eight people live in slums. In total, around a billion people live in slum conditions today. This does not only amounts to a rather unacceptable contemporary reality but to one whose numbers are continuously swelling. In spite of great progress in improving slums and preventing their formation– represented by a decrease from 39 percent to 30 percent of urban population living in slums in developing countries between 2000 and 2014 – absolute numbers continue to grow and the slum challenge remains a critical factor for the persistence of poverty in the world, excluding fellow humans and citizens from the benefits of urbanisation and from fair and equal opportunities to attain individual and collective progress and prosperity y…[read more]

In the past few months, since CoVid 19 started to spread like wildfire from Wuhan, China, to many countries, life has suddenly made a stop for many missionaries ministering in many parts of the world. The pandemic threatened their ministries, the people they are ministering and their very own lives. In this turn of events many South Korean missionaries have been affected by the spread of this virus…[read more]

In the Great Commission recorded in Matthew 28, Jesus Christ commands us to go. We should heed the warning of Jeremiah and obey God: “This is what the Lord says: ‘Stand at the crossroads and look; ask for the ancient paths, ask where the good way is, and walk in it, and you will find rest for your souls. But you said, ‘We will not walk in it.’” Today many do not want to go, concerned with fear or consumed with complacency. Nowhere is this more evident than in conflict zones such as those in Myanmar. Often the causes of conflict are the same, whether in regions, in churches, or in individuals. Missionaries must first believe what they claim to believe, resolve to submit to Christ, and then go on an adventure only God could orchestrate…[read more]

In the last few months, the whole world had come to almost a standstill battling the global pandemic, COVID-19. The world is fighting with an unprecedented crisis and Nepal is not spared. The whole country had been in lockdown for two months now. Nepal has to date four hundred plus confirmed cases of COVID-19 and 3 deaths, and new positive cases are increasing day by day. The government, health department, security and armed forces, and civil society at large are trying their best to control the rise in the number of COVID-19 cases in the country but with the extended lockdown, it is affecting all spheres of society, i.e. different sectors of the economy, industries, transportation, education and more…[read more] 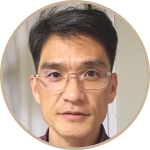 CULTURAL CONFLICTS IN THE RIVER BETWEEN AND LITURGICAL RESPONSE

Mass migration as a global changing reality has been a crucial context of contemporary mission. The intersection of human cultures by this migration has been ordinary phenomenon all around the world. In this multicultural communities as given reality, everyone needs to understand and respond to various cultural influences by seeking the way of living together in righteous relationships in the context of mixed cultures. The River Between, a novel by Ngugi Wa Thiong’o, is a good example that reveals human multicultural context as a case of reflecting the life seeking for harmony in the multicultural context…[read more]